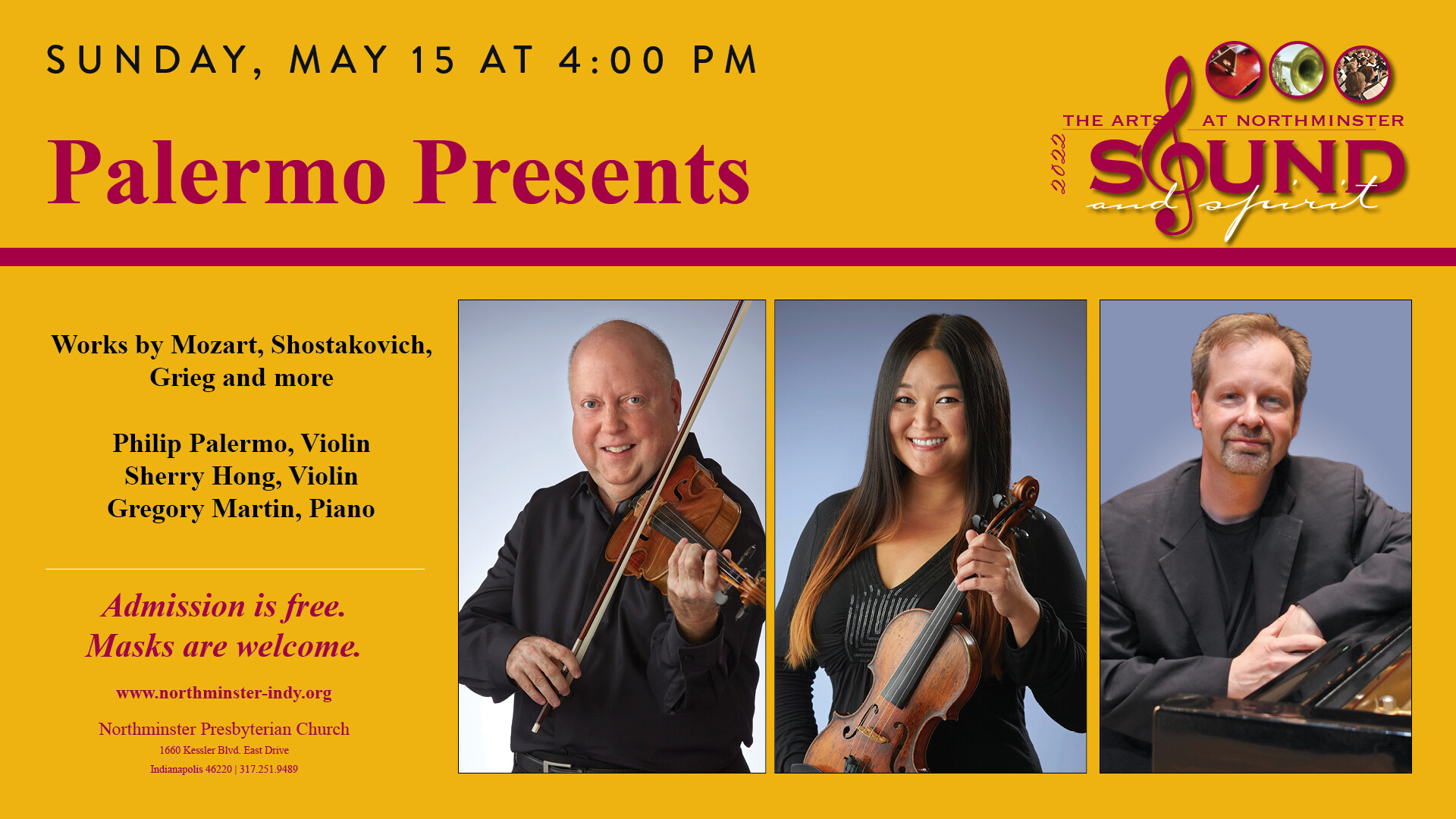 In addition to being an Associate Concertmaster at the ISO, Palermo is artist in residence at the University of Indianapolis. He made his concerto debut with the Chicago Symphony at age 15 and has appeared as soloist with the Pittsburgh, Baltimore, Houston and Milwaukee symphony orchestras in addition to numerous times with the ISO, following in the footsteps of his father, George, who had been a member of the ISO 1938-40. Philip is a former member of the Canale Quartet and the Spring Mill Quartet, an Indianapolis-based quartet that has performed in major cities throughout Europe. A recitalist in many countries throughout Europe and numerous parts of the United States, he participates in music festivals from San Diego to Maine.

Violinist Sherry Hong, praised for her “silken tone” by the Chicago Tribune, has performed as a member of the Indianapolis Symphony Orchestra first violin section since 2007. Hongʼs performances as a recitalist, orchestral musician, and in chamber music have taken her to stages across the U.S., as well as Europe and Asia. She has participated in Oregonʼs Britt Festival, in numerous festivals and chamber ensembles in France. Prior to her appointment in Indianapolis, Hong served as concertmaster of the Civic Orchestra of Chicago and she was a member of the Grant Park Orchestra. She also performed as a freelance musician with the Chicago Symphony Orchestra on their MusicNOW contemporary music series and with the Elgin Symphony Orchestra. Away from the orchestra, Hong can be heard regularly in concert at public libraries throughout the city and at the Indianapolis chapter of Classical Revolution at the Chatterbox Jazz Club.

Pianist Greg Martin has been applauded in London by the Sunday Times for performances of “great panache.” He has been featured throughout the United States, Europe, and Japan as both a soloist and chamber musician, as well as being a top prize-winner in various international competitions. He is also a lecturer and among his many research interests include a recent article on Vaughan-Williams’s opera ‘Riders to the Sea’ and a chapter contribution to “Music in middle-earth”, a volume on music in the work of J.R.R. Tolkien. Martin holds degrees from Indiana University, Bloomington, the University of Cincinnati College-Conservatory of Music and the University of Oxford (Worcester College). In Fall 2011, he joined the University of Indianapolis as an adjunct piano instructor, and DePauw University as a staff accompanist. He is also active as a composer.

For centuries, the church has been a center for music and other arts, expressing the inexpressible and transcending the earthbound.  Sound & Spirit is dedicated to continuing this tradition. Funded by supporters and the audience, we accept contributions to maintain the standards of future events.